I’ve noticed some changes in the chickens since they started laying eggs.

We had our first two eggs for dinner. Hard boiled and sliced on our spinach salads. They were small and yummy–creamy and smooth, not as sulfury as store-bought eggs. But fresh eggs can be hard to peel when they are boiled–the white sticks to the shell. We will try steaming them next time.

chickens and flowers assure us

that Spring is on its way!

Note to spouses everywhere: A head cold does not make a good birthday present. But it is a good reminder how tasty OJ, tea, and hot lemonade are. 🙂

How heavenly is it when you have a cold and your ears finally start to pop??

Here is my small stone for January 26, courtesy of my husband. 🙂

Our return from a week long vacation in Orlanda, FL was greeted with the first two eggs from our girls! They had excellent care from their two new “godparents” David and Julie.  I left plenty of water and food for the chickens so we asked D&J to lower and raise the ramp each day and maybe give them a sprinkle of oatmeal, and that was supposed to be it.

What none of us expected was the blast of cold air from the north that brought below freezing weather with freezing rain to Raleigh.  I woke up in the middle of the night on Thursday worried that the water would freeze in their waterers. How horrible would I have felt if they had died of dehydration?  I couldn’t get back to sleep.

Friday we get a call telling us that the water had indeed frozen asking us what they should do.  We…

Some of the regular exhibitions include American portraits, American landscapes, contemporary art, ancient American art (Aztec, Zapotec, etc.), and African art. Nothing unusual for most museums we visit, but, wow, the curation was excellent. Not only are the pieces of art very high quality, but the notes accompanying them provide more context and understanding than most.  (I think we are becoming museum snobs—we can be very critical of poorly curated exhibitions.)

But the most fabulous exhibition was Contemporary Glass Sculpture. The variety of glass—blown sculpted, combined with other media—gave me a new appreciation for glass art. Here are links to two of the artists we liked the most:

I highly recommend a visit to the OMA when you are in Orlando. And if you are a member of your own local museum, check to see if there is a reciprocal membership arrangement. 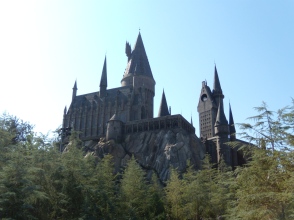 Hogwarts at a distance

Universal Islands of Adventure. We lucked out choosing to go to Orlando at this time of year. Small crowds, short waits, comfortable temperatures (low 70s). I can’t imagine how miserable it would be at the height of summer crowds and summer heat. Oy.

Ride of the Day: Harry Potter and the Forbidden Journey. I am a Harry Potter fan, so naturally this would be a favorite, but I was surprised how good it was. The designers went to a lot of effort to amuse those in line as they snake through Hogwarts. We actually went so fast that we were wishing for some lines so that we could look at the displays and listen to the talking paintings and other things along the route. The ride itself was excellent. These simulations really make you feel like you are flying. I’d love to see the inner workings and figure out how they do it. How much does the seat actually move? We had to do this ride twice!

Runner up: The Amazing Adventures of Spider Man – Another 3D ride. You feel like you really are falling from the top of the skyscrapers down to street level. We did this one twice too!

I was disappointed the Dragon Challenge was closed for maintenance. Two rollercoasters flying past each other at high speeds. Looked fun–and scary!

All in all, it was worth a day at each Universal park in the off season, but I’m not sure I would ever visit during busy season.

Oh yeah, I almost forgot–when you visit Hogsmeade, be sure to try the Butterbeer!

For the mindfulness challenge at Writing Our Way Home. (Another large stone…)

The Charles Hosmer Morse Museum of American Art. The Morse Museum has an expansive collection of Louis Comfort Tiffany works—stained glass windows, Tiffany lampshades, blown glass, jewelry, etc. It is well worth a couple hours’ visit if you are in Orlando.

I found the Daffodil Terrace from his home, Laurelton Hall, intriguing. It is an 18’x32′ terrace with eight marble columns, each topped with glass daffodils embedded in concrete. A display showed the evolution of how the daffodil flowers were made, first a single piece of yellow glass, then a more detailed single piece of yellow glass, then individual pieces of glass for each of the petals, carefully placed in the concrete.

More subtle than some of Tiffany’s other work (see the Chapel for magnificence), but lovely, lovely.

Awe-inspiring what these astronauts do… 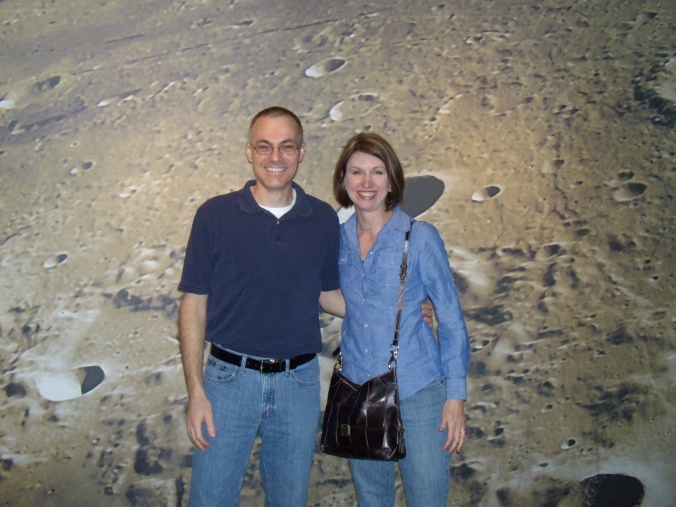 Chris and Karin on the Moon

Orlando, Florida. This was a last-minute vacation, so we didn’t have a lot of planning time, but we did narrow it down to three possible attractions to visit: Universal Orlando, Kennedy Space Center, and Seaworld. When we read a bit more and realized Universal had two parks, we decided to spend two days there.

Now, my husband and I are museum-y kind of folks—we’re the boring aunt and uncle who take kids educational places. But I was excited to visit Universal for some real “fun”—thrills rather than thinking. I’d been to Disney and Epcot years before and found them a little too child-oriented. Universal seemed designed for adults as well.

As we walked from the parking garage to the park entrance, I had a strange feeling of déjà vu. Wait a minute! I’ve been here before! What?!?

I recognized that little stand between the parking garage exit and the walkway to the parks. Didn’t we buy a disposable camera there? And, hey, Spider Man! Somebody went on that ride. And we ate at that Mexican restaurant, didn’t we? Whoa. When was I here? Who was I with?

A picture of my sister came into my head. Her? And me? We wouldn’t have come here alone. Who did we bring? One of our little cousins? Maybe several years ago when we were here for a wedding?

I asked my sister and my cousin, and neither one of them could remember going together. It’s still a mystery…will have to keep asking…

But for now, my assessment of the rides we took at Universal Studios–from best to worst.

Note: I didn’t get to ride on the Hollywood Rip Ride Rockit rollercoaster, which I am guessing would be at the top of my list. It looked scary! There are plenty of other kids rides as well–just not of interest to us.

Watch for Day 2 at Universal Islands of Adventure…

For the mindfulness challenge at Writing Our Way Home. (This is kind of a large stone, no?)

We took a spur-of-the-moment vacation last week. Posting was not easily accessible, so I saved up my small stones (and a few large ones). Here we go on the catch-up.

And of course, watching the weavers reminded me of this prior post. The sweetgrass video (by Charles and Linda Gupton) in it is excellent.

I got a new no-name niece! (I went generic instead of brand name because it was cheaper, but generics are getting a lot better these days. I mean, check out that hair! You’d expect to pay full price for that mane…)

UPDATE: Well, I guess her parents decided to pay for an upgrade. No-name niece is now Raegan Leigh. 🙂 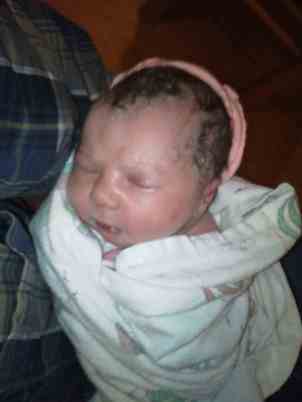