Raleigh Review is accepting poetry, flash fiction, and short fiction submissions through April 30 for the Fall 2015 issue. Raleigh Review is a biannual print publication with beautiful cover art, high-quality paper, full-color interior art, and stunning writing. We are looking for work that is emotionally and intellectually complex without being unnecessarily “difficult.” All submissions are online; there is a small fee to submit. We pay $10 per piece plus one free contributor’s copy and a discount on additional copies. See full submission guidelines at www.raleighreview.org, and browse the archives while you’re there!

(Word to the wise: We are pretty full up on short fiction (1200-7500 words) so you might save it for the next submission period; still looking for flash. —Your friendly managing editor)

Raleigh Review‘s Southern Recitations workshop and reading series is almost half over! The final workshop for this fall is with Zelda Lockhart November 8-9, 2014. I’m really looking forward to this one as it is a generative workshop, i.e., a lot of writing time. How ’bout you? Need some good, productive, creative-writing time? Sounds like this one will be good for poetry, fiction or memoir! (I’m going for poetry myself.) Incidentally, I recently read Zelda’s novel Fifth Born and found it very compelling. 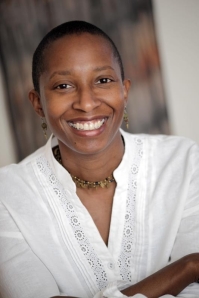 Writers of all kinds use their personal experience as a starting point for their work, but they often neglect, avoid, or simply don’t realize the deep, rich potential that is there. The Mirror Exercise is designed to help writers use the complex layers of their relationships to bring depth to literary plot. This and others of Lockhart’s writing exercises within The Soul of the Full-Length Manuscript reveal the ways in which our personal plots parallel and are the artistic building blocks for literary plot.

Participants will create a whole short piece of fiction, memoir or small collection of poems within this two-day workshop. Whether you are experienced or novice, this workshop will offer you a way to instill emotional depth into your writing. Register now.

Zelda Lockhart is Director of LaVenson Press Studios, and author of novels Fifth Born, Cold Running Creek and Fifth Born II: The Hundredth Turtle. She was awarded a Barnes & Noble Discovery Award and was a finalist for a Hurston Wright Award and a Lambda Literary Award. Lockhart served as the 2010 Piedmont Laureate for Literature.

Randall Kenan is an author of fiction (short stories and novels) and nonfiction (biography, essay, and more). Among his books is the collection of short stories Let the Dead Bury Their Dead, which was nominated for the Los Angeles Times Book Award for Fiction, was a finalist for the National Book Critics Circle Award, and was among The New York Times Notable Books of 1992. Walking on Water: Black American Lives at the Turn of the Twenty-First Century was nominated for the Southern Book Award. His latest book, The Fire This Time, was published in May 2007. He edited and wrote the introduction to The Cross of Redemption: The Uncollected Writings of James Baldwin (2010).

Kenan is the recipient of a Guggenheim Fellowship, a Whiting Writers Award, the Sherwood Anderson Award, the John Dos Passos Prize, and was the 1997 Rome Prize winner from the American Academy of Arts and Letters. He was awarded the North Carolina Award for Literature in 2005 and was elected to the Fellowship of Southern Writers in 2007. Currently he is Professor of English and Comparative Literature at UNC-Chapel Hill.

Jeremy Hawkins‘ debut novel, The Last Days of Video, will be published by Soft Skull Press (an imprint of Counterpoint Press) in March 2015. His fiction has appeared at Diagram, Pacifica, The Molotov Cocktail, and other venues. He earned an MFA in Fiction from UNC-Wilmington, and he is the founder and lead editor of The Distillery, a web-based editing service. Hawkins is also an independent bookseller at Flyleaf Books, and he teaches creative writing at the Carrboro ArtsCenter. He lives in Chapel Hill, NC.

I just read Randall’s book of short stories Let the Dead Bury Their Dead, and loved it! Haven’t read Jeremy’s stuff yet, but, hey, he has chickens, so must be good, right?? 🙂

on the wall or on the cage—

all the world’s a stage!

Anne on the coop, Margaret on the wall, Victoria on the ground

Another in the chicken haiku series for those who supported Raleigh Review‘s scholarship fund.

UPDATE: GOAL MET!!! Stayed tuned for chicken haiku in the next few days… 🙂

Pop culture stereotypes writers as moody introverts huddled behind the glow of their computer screens. Masterpieces, when they come, fall whole from the sky to their laps. However, for most of us who consider ourselves writers, we know this isn’t true.

Today, I’m inviting you to empower a writer.

For the past year, I’ve been volunteering as managing editor at Raleigh Review. In Fall 2014/Spring 2015, we’ll offer our new workshop and reading series, Southern Recitations. Six award-winning writers will teach weekend workshops in poetry, fiction, or nonfiction and will perform readings the corresponding Saturday evening. Each 2-day workshop is limited to 15 participants, allowing students to receive hands-on guidance from the instructor and enjoy camaraderie with peers. Readings are free and open to the public.

To make our workshops accessible for those who might not otherwise be able to attend, we’re using the crowd-funding platform Power2Give. Contributing NOW to our scholarship campaign means that your funds will be generously matched 1:1 by North Carolina Arts Council. For every $10 you donate, NC Arts Council will donate another $10! But the funds only last until they are gone, which we’ve been informed will probably happen within the next week.

It’s free money, people! Help us get it! To read more about the project and to donate $5, $10, or $20 (or as much as your writerly heart desires) and earn matching funds, click here!

And as an EXTRA bonus–just for my blog readers–if you donate now, I will write you a chicken haiku!! 🙂

I’ve been a little quiet on the blog lately. Here’s why:

For the past several months I’ve been working with Raleigh Review Literary & Arts Magazine, first on business planning and now as managing editor.

The latest issue (Volume 4.1) just came out—and it’s gorgeous (though perhaps I’m biased). The cover has artwork by Geri Digiorno and is designed by Henry Kivett; inside you’ll find art by Debra Wuliger and Ruby Newman.

You’ll find poetry by Dorianne Laux, Joseph Millar, C. Wade Bentley, Marsha Mathews, and Eric Paul Shaffer (I’m partial to his “Soliloquy of the Chicken Sexer”) and fiction by Jacqueline Doyle, and Alisha Karabinus—among many others. There’s an interesting feel of Southern dialect in this particular issue.

Raleigh Review has been an annual journal, with selections online throughout the year, but we’re really excited to be moving to biannual in 2014. For those of you who are writers, please consider submitting now for the Fall 2014 issue.